Property Market Updates in Australia: What Happened and What’s Ahead 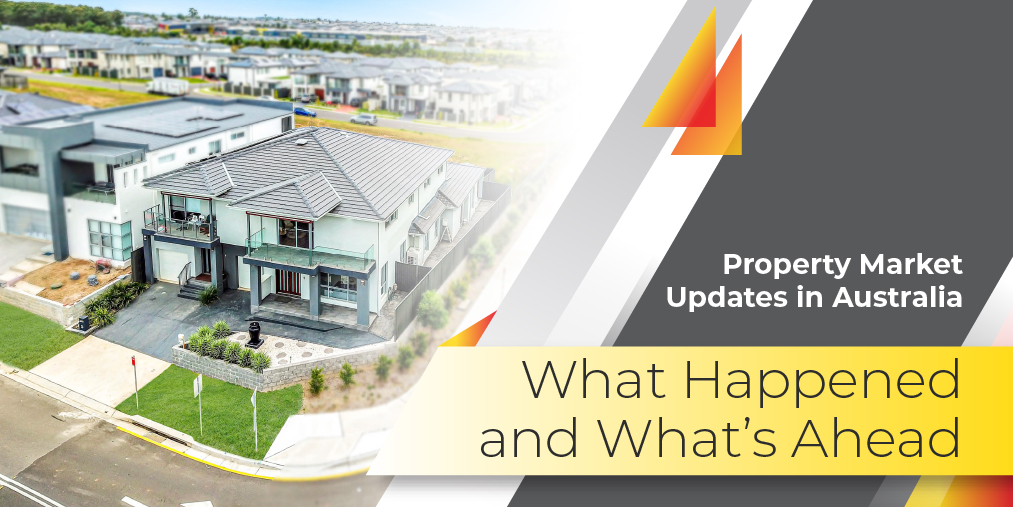 When 2021 started, many experts were hopeful that Australia’s economy, particularly the property market, will be much stronger this year as restrictions began to ease and with the development of vaccines. However, much like 2020, there are still quite a lot of surprises that happened with new COVID variants being discovered. With this, how did the property market perform and what is in store for us in 2022? Let’s have a look, shall we?

We’re starting this list with Brisbane — Australia’s fastest-growing property market based on 2021 figures, with property prices continuing to soar even while markets in Sydney and Melbourne slowed down.

According to the Best of the Best report of property data leader Core Logic, Brisbane housing values increased 2.9% in November and 7.4% in the quarter, marking this year as the greatest pace of quarterly growth since 2002. Brisbane’s annual growth rate is now 25.1 percent, close behind Sydney’s 25.8% and considerably ahead of Melbourne’s 16.3 %.

Eliza Owen, the head of research at Core Logic, said Brisbane’s property market had gained traction in recent months while other capitals have slowed, owing to the city’s relatively low stock levels, which kept buyer competition fierce. She added that over the past months, there’s only 14,000 properties for sale in Brisbane  instead of the usual 24,000.

Experts do not see Brisbane’s property market slowing down, so if they’re right, you might just see Brisbane on top of the list again next year.

Of course, the Sydney property market has been one of the strongest and most steady performers throughout the previous four decades. In 2021, Sydney was the second best-performing Australian housing market, with many areas seeing house prices rise by more than 25%.

With this, experts believe there is still plenty of room for growth for Sydney’s property market in the. coming year. However, the rate of price growth is moderating as a rush of new property listings flood the market, offering buyers more options.

Just like Sydney, the Melbourne property market has been one of the strong and consistent performers over the last four decades. But while Melbourne’s home values increased by 0.6% in November which brings the annual growth rate to 16.3%, it is one of the lowest among the major cities.

Eliza Owen of Core Logic said affordability, as well as the greater levels of new listings introduced to the market in recent weeks, are likely to be causing the slowdown in Melbourne’s growth rates.

However, there is hope as major banks see Melbourne’s housing prices to rise in 2022. According to ANZ, housing prices in Melbourne are expected to rise by another 7% in the coming year. Meanwhile, Westpac said they expect Melbourne house prices to grow 8% in 2022 before falling -6% in 2023.

Having said all these, should you buy a house in 2022?

Like what we always say, the best time to buy a house is now. The property market is always uncertain even with data and expert forecasts. So if you’re looking to buy a home for your family, it is still best to do the first steps as soon as possible.

Whatever the property market’s condition may be, we are always ready to serve you whenever you want to get a new home built or buy a home and land package in Sydney.

We are BuildQ Group, and we’re trusted builders of functional, safe and luxurious houses that last. We believe that living is not just about having a roof over your head. It’s about how you can better live your life at home, no matter what the situation may be.

BuildQ Group has successfully completed more than 550 projects, and we have built strong relationships with our clients. We are the BuildQ Group – builders you can TRUST.

GET IN TOUCH WITH US

We Would Love to Hear From You. Please,